Smart Cities: it’s a term you hear echoing around boardrooms, civic platforms and in the ICT sector. It is a consequence of the rapid datafication and digitalisation of cities. How are different interests balanced in a smart city and what really contributes to society? The Centre for BOLD (Big, Open and Linked Data) Cities, a joint initiative of Erasmus University Rotterdam, TU Delft and Leiden University, is conducting research on this very subject. 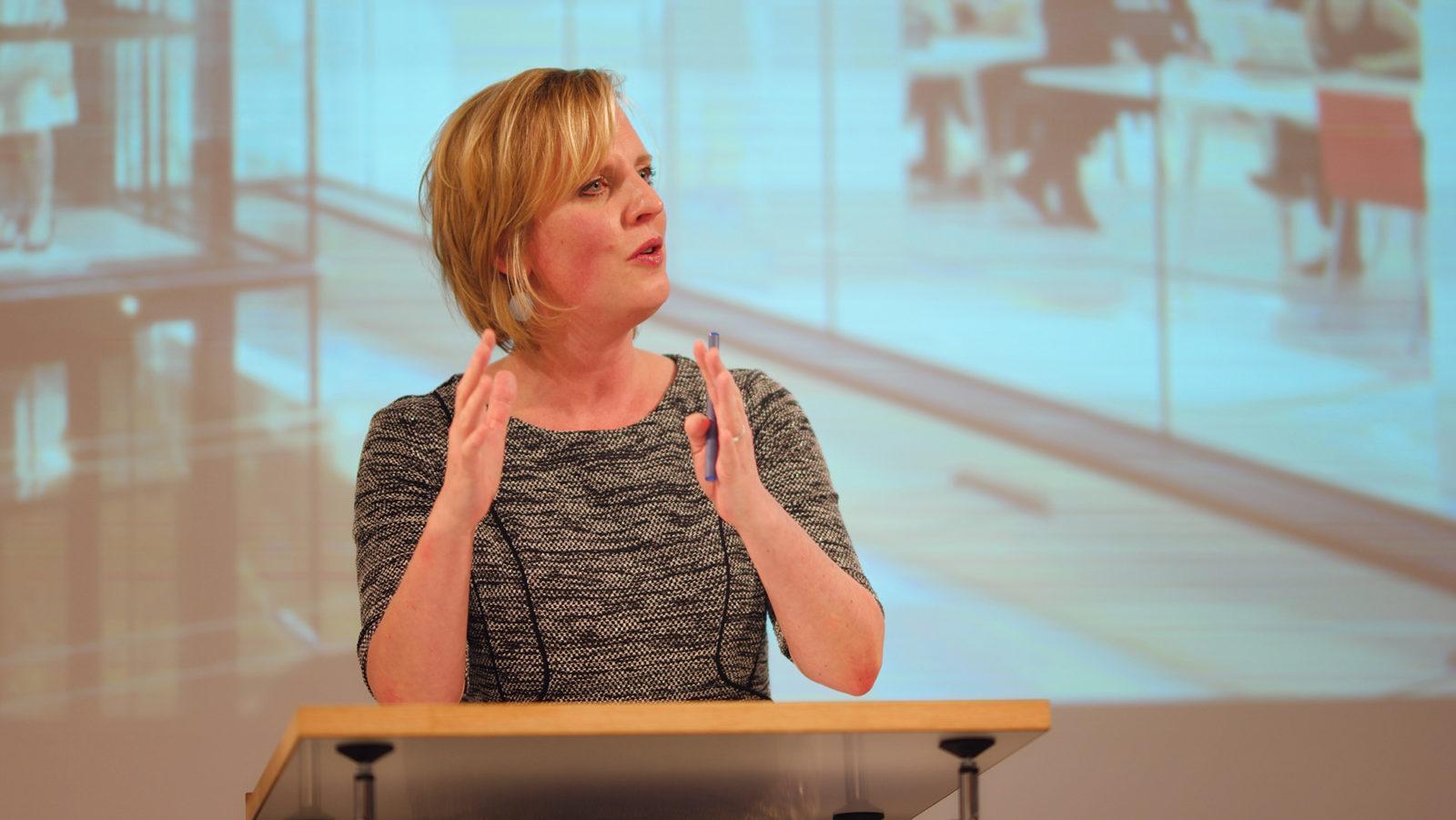 Dr. Jiska Engelbert, Associate Professor at Erasmus University Rotterdam, has been the Strategic Director at BOLD Cities since 1 October. In this interview she will talk about her vision of Smart Cities, but first of all about her work for the Centre for BOLD Cities.

As Strategic Director of the Leiden-Delft-Erasmus Centre for BOLD Cities, what trends do you see as important and promising for the research you’re doing?

'The most important trend made even clearer by the Covid-19 pandemic, is that government bodies are increasingly regarding datafication and digitalisation as the sole solution for societal problems. You can see this at the national, regional and local level in the priority given to developing coronavirus apps and dashboards, for example. This trend opens up promising opportunities for BOLD Cities. This is because, on the one hand, we can use our interdisciplinary expertise to help government bodies to ensure that digital technologies are underpinned by ethical principles and public values. On the other hand, we have unique knowledge and tools that can give citizen involvement a central position within the digital ambitions of government bodies. For example, that also means challenging them to consider whether and how datafication and digitalisation should be part of the solution.'

From the perspective of your own specialisation, what do you see as relevant issues when it comes to increasing digitalisation?

'Citizen participation and citizen involvement are buzzwords. Even the biggest data giants and consultancy companies believe that smart cities or regions need to be inclusive and based on public values. Of course, the fact that market players also understand this is good. But the market cannot be responsible for safeguarding the public interest. This is especially so because growing digitalisation goes hand-in-hand with increasing privatisation and commercial interests in the city, municipality or region. That means it’s essential for government bodies to shoulder this responsibility. But what does that mean for the perceived roles and work processes of civil servants in various government bodies? How should government bodies fulfil their role as guardians of public values? What do they need to do that, in terms of regulation and governance, for example? And, by the same token, what do citizens need in order to really play a role in decision-making about ‘their’ smart cities and regions?'

We can use our interdisciplinary expertise to help government bodies to ensure that digital technologies are underpinned by ethical principles and public values.

What is your vision of the relationships between government and industry when it comes to datafication, data ownership and the use of data in the urban environment?

'Collaboration between the government and industry is essential for many data applications and digital innovations. Not least because government bodies cannot have specific knowledge and expertise in-house. But I also feel that government bodies should not assume that it’s industry that has all the answers. For expertise on datafication in the urban environment is not only about technical and extremely specific knowledge. In my view, it is actually about setting relevant public standards and frameworks and asking questions about the technology. Public institutions and government bodies are uniquely placed to do that.'

Which world cities do you and your fellow academics see as relevant examples?

'Barcelona! A few years ago, as a city and metropolis, Barcelona was where many Dutch cities and regions are now: highly ambitious about becoming one of the international leaders among smart cities. There is a good reason why the annual Smart City Expo has been held there for so many years. But what’s interesting is that, because of all kinds of administrative and political developments, the results of that ambition have actually been shaped by the perspective and interests of the residents of Barcelona. Because of that, Barcelona now tops numerous rankings and is acclaimed as one of the world’s smartest and most innovative cities. But the city only has that status now because they had the sense to regulate the power of the major platform giants, organised legislation to ensure that city residents were the owners of their own data and placed responsibility for public digital innovations in the hands of the local political administration.'

Is a multidisciplinary approach, both in terms of research and education, an advantage when it comes to Smart Cities as an area of knowledge?

'You can’t think of digitalisation from an isolated perspective. This is true in terms of science, the region or even at the level of the municipality or city. We need to start seeing and understanding datafication and digitalisation as verbs again, rather than nouns. That means that we need to build in much more alertness for and focus on the people behind the technology and the various interests of stakeholders in the smart city. In other words, a multidisciplinary approach, such as the one we apply in our research and education at BOLD Cities, forms the essence of our understanding of the smart city.'

This interview was published first in the LDE Magazine (December 2020 edition).